Whether your epileptic child hasn't responded to medication or your family prefers to avoid pharmaceuticals, there are several natural and alternative ways to treat childhood epilepsy. Here are 3 of the best options to try.

If you've known about epilepsy for a while, you've probably heard of the ketogenic diet. It's been used to treat epileptic children for decades, and recent research has confirmed its efficacy. Children who followed a ketogenic diet for 3 months had less seizures than those who didn't, with 7% of the participants experiencing a whopping 90% less seizures.

The ketogenic diet is high in fat, low in carbs, and includes a controlled level of protein. When used by the body for energy, the fat in this diet is converted to two types of chemicals (ketones and decanoic acid) which can help reduce seizures. It generally involves feeding your child a lot of oil, cream, butter, and other fats. As this type of diet can have side effects if not followed correctly, make sure you consult a dietitian to ensure you're feeding your child the healthiest diet possible.

Vagus nerve stimulation involves sending mild electrical pulses through the nerve in your child's neck with the aim of reducing irregular brain activity. While it may seem scary and does involve the surgical implantation of the stimulator under the skin, this alternative doesn't require your child to take any medication.

Alongside aiming to reduce seizures by calming the brain, it's great for stopping seizures in their tracks. Passing a special magnet over the the stimulator increases the electrical signals temporarily. When used in the aura stage of a seizure, it can stop the seizure before it happens. When used during a seizure, it can make post-seizure recovery faster.

Physiotherapy is a great, natural treatment which generally aims to treat the effects of epilepsy, helping children improve their walking and balance abilities if epilepsy has restricted their movement. It can also treat injuries sustained as a result of seizures. Treatment can also have a knock-on effect on other issues epilepsy causes, improving epilepsy side effects like poor sleep and lack of independence and confidence.

There's a range of physiotherapy treatments to try, and your child's paediatric physio will often use a combination of them. Options include exercise regimes, aquatic therapy, massage, and relaxation therapy, as well as use of physio tools and mobility aids. 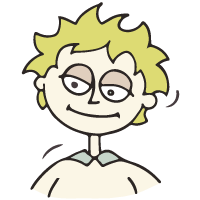 Hello! I'm Mary and this is the story of how I became unwell and entered hospital. Unless you have been unwell and spent time in a hospital, you won't really understand what it is like. I went to my doctor because I felt tired all the time. They found a lump on my breast and decided to carry out some further test. I was diagnosed with cancer but thankfully, it was in the early stages. I was frightened but the doctors and nurses did a great job of explaining everything to me. Thankfully, I am now fully recovered but I wanted to offer advice to others about what to expect if you become unwell.

How to Help Your IBS Treatment Work for You
23 November 2020
IBS, also known as irritable bowel syndrome, is something that many people suffer with. It can cause abdominal pain and cause severe chronic issues th …

Prenatal Genetic Screening Explained
17 July 2020
To put it simply, prenatal genetic screening is a process that is designed to discover whether or not a fetus has certain disorders relating to their …

Genetic Screening: An Introduction
16 July 2019
Advances in medical technology now mean that it is possible for patients to have their DNA tested so they can have an advanced warning of any genetic …